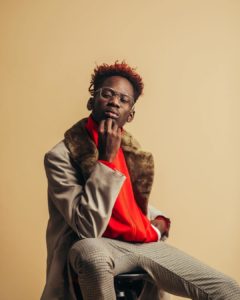 Singer, Mr. Eazi, who is never too far from controversy, is in the news again for another not too good reason.

The singer was mocked by the large crowd at an event in Zambia, where he recently performed. In a video that has since been spreading across social media platform, it was seen that the crowd chanted words of mockery in an unknown language and an ignorant Mr. Eazi who thought he was being celebrated, continued to dance to the chanting.

Mr Eazi unknowingly bounces along as Zambians mock him on stage