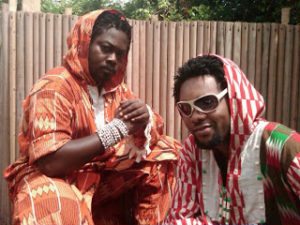 Most Nigerians kids of the late 90s’ and early 2000s would remember one or two lines from the song, Kerewa, which was performed by a group called Zule Zoo. With that song, the group etched their name on the hearts of Nigerians but those hearts are broken with the report that one of the two members of the group, is mentally unstable.