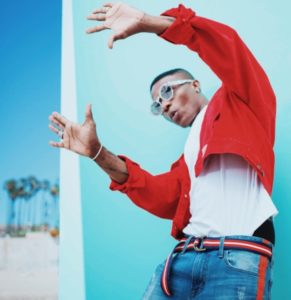 Following the angry comments made by Nigerians, in reaction to Wizkid’s failure to make it to the venue of the 2018 Coachella, the singer is cursing out his trolls on Twitter.

The singer was scheduled to perform at the ongoing Coachella Arts & Music Festival in US, but he could not make it to the venue of the event due to visa issues. He has put out a tweet to explain the situation, the organisers of the event did the same but the explanation did not stop Nigerians from dragging the singer on Twitter. Wizkid has been labelled unprofessional and care free.

In reaction to these comments, Wizkid has been cursing out his trolls. He responded to a comment made by a certain @KreemO_, by saying ‘Na ur papa fuck up!’ 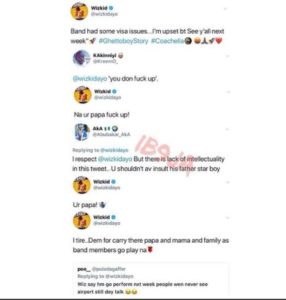 The post “Na Ur Papa F*ck Up” – Wizkid Curses Out Those Trolling Him Over Missed Coachella Performance appeared first on TooXclusive.