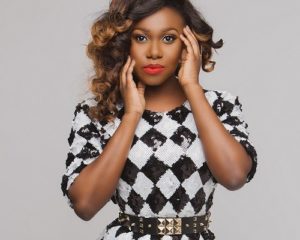 Like Davido and Tiwa Savage, singer, Niniola is a 2018 BET Awards nominee. The singer has been nominated in the Viewers’ Choice category of the prestigious awards which is scheduled to hold later in the month.

Some minutes ago, the Maradonna singer announced the nomination on her Instagram page where she expressed her excitement about it and her interest in winning the award. Niniola is one of the 10 artists challenging for the award and she would need votes from her fans to beat the likes of MC Soffia, Prince Waly, Not3s, Nailah Blackman, Take A Mic, Sik-k, Sjava, IamDDB and Kwesi Arthur to emerge as the winner of the award.

Niniola joins her compatriots, Davido and Tiwa Savage, as artists from Nigeria considered for the 2018 BET Awards. The latter two were nominated in the category of Best International Act. This nomination is the first time Niniola would be nominated by BET and it signifies her increasing success outside the Nigerian music market.

I honestly cant hide my excitement, Congrats to us all. please guys I really would love to win this… Baby Girl NINI just got nominated for #BETAwards2018 Viewer’s Choice “Best International Act”. To vote for Ninola and help her win, comment with #IPICKNINIOLA18 on our Instagram page! The BET Awards 2018