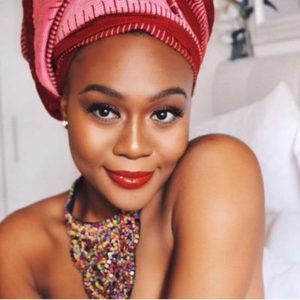 BBNaija ‘Double Wahala’ evicted housemate, Vandora, has referred to Olamide as her husband. She did that in a post which she put up to celebrate the YBNL boss on his birthday.

Vandora who recently got evicted from the trending BBNaija show, referred to Olamide as “my husband that does not know me”, in her birthday shout out to the ‘King of the Streets.’ In the caption of her Instagram post, she revealed that she has been of fan of his since the days of ‘Omotosha.’

Happy birthday @baddosneh My husband that does not know me … Been a fan since the days of omotoshan …. Thankyou for your music #olamide #olamidebaddo #vandora #bbn #bigbrother2018 #bigbrother

The post Olamide Is My Husband – BBNaija Ex-Housemate, Vandora appeared first on TooXclusive.