Olamide has proposed to his babymama, Bunkumi, according to reports. The YBNL boss is said to have bent the knee before the mother of his son, Milliano. The report is supported with pictures of his beautiful babymama showing off the newly appearing proposal ring around her finger and pictures shared by Olamide himself on snapchat, supports the report. This would mean that Olamide is finally ready to settle down. 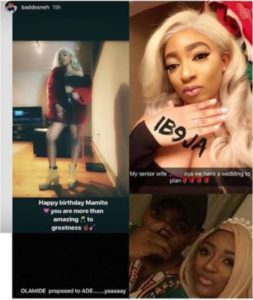 The post Olamide Proposes To His Baby Mama On Her Birthday appeared first on tooXclusive.