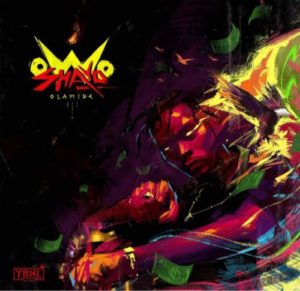 Olamide’s music has experienced several phases of evolution over the years and each of these evolution phases has evoked reactions from fans and critics, in different ways and for different reasons.

At the start, he had to prove that he isn’t a fluke, later on it was a question of whether he has the mettle to grow the indigenous rap genre and today, Olamide is having to choose between staying a rapper or totally embracing the life of singer.

Almost all of his releases this year, has been singing and his latest release titled ‘Owo Shayo’ is on board for reviewing. Here is what we think.

@ibironketweets The line of distinction between singing and rapping, is supposed as bold as brass and as clear as day but Olamide knows how to make it thin and blurry such that a casual listener would not notice the difference.

On ‘Owo Shayo’, Olamide does the same pseudo-rap that characterises his recent releases like C.Ronaldo and Science Student. Like these songs, Owo Shayo bears the beauty of Olamide’s artistry which isn’t exactly in rhyming and poetry but in half-rapping, half-singing in a way that his delivery is melodious, teasing and it entertains dancing.

Pheelz, the producer, puts in an A+ effort on the production of this song considering the technicality of finding a balance for Olamide’s type of music but well, he produced some of the songs on Eyan Mayweather, and he replicates the understanding of Olamide’s production needs, on this song.

Theme-wise, ‘Owo Shayo’ isn’t that deep, it’s a show-off song, a ball-on-you type of song which was mostly-rendered in Yoruba making it seem like it was made for people with the understanding of Yourba, to understand. For others, it would only lead them to a mood of dance.

@tommy5smith Owo Shayo ‘Shayo Shayo’, na em we take dey buga ‘buga’, wen my guy dey para ni igboro awon o ran anybody oooh, Is yet another hot jam and a great comeback from Olamide after the previous release of ‘Omo Ologo’ and ‘C.Ronaldo’ that failed to reach the level of his first and biggest single of 2018, ‘Science Student’

Pheelz Mr. Producer also deserves a great credit for the best of this song ‘cos the opening sound alone was enough to create interest in the rest of the music and it is interestingly different from the trending Shaku Shaku beat that has pushed practically everyone in the industry to one dark hole. It is a great move from Olamide by giving us something different this time around.

Owo Shayo for me, is a sure banger that is growing on the street already, lol, ‘cos Olamide & Pheelz dey vex. Dem dey hot and the song has some easy pick up lines which would help its popularity below,