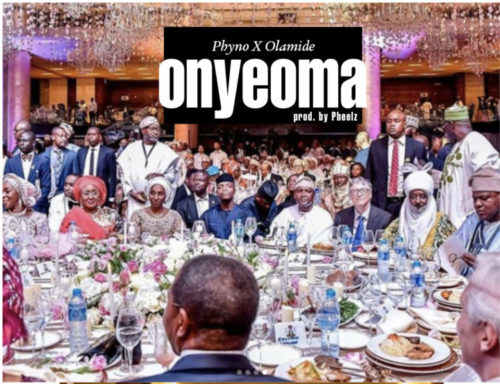 The synergy between rap heavyweights; Phyno and Olamide started out as a big bang. Back in 2012, the pair gave us the hit single ‘Ghost Mode’, one of the best rap songs of the industry.

Since then, Phyno and Olamide have gone to record a joint EP ‘2Kings’ and several other records that we have danced to in the past years. These two rappers probably spend a lot of time together, which explains why they would have many songs together.

In a relationship that seems to benefit Phyno more, Olamide once again came to his rescue on ‘Onyeoma’. Phyno has had it rough in the last couple of months; the rapper’s last 3 singles have not exactly been topnotch.

Without any doubt, Onyeoma is a very decent track. Take away the timing; this is a record that will definitely hit for long while in the industry. This song would give you a nostalgic feeling of ‘Fada Fada’ and ‘Augment’ because they share similar vibes. Both artistes as always put in their best to do justice to the beat.

In a matter of months from now, we will all dance to this tune and move on until a new Olamide-Phyno collaboration drop. It almost feels like a cycle when it comes to this and I must say, it is starting to get really boring to the ears.var VUUKLE_EMOTE_SIZE = “”;
VUUKLE_EMOTE_IFRAME = “”
var EMOTE_TEXT = [“DOPE”,”TRASH”,”WACK”,”MAD JAM!”,”JUST THERE”,””]

The post Onyeoma Review: Olamide x Phyno Collaboration, Are We Not Bored Yet? appeared first on TooXclusive.