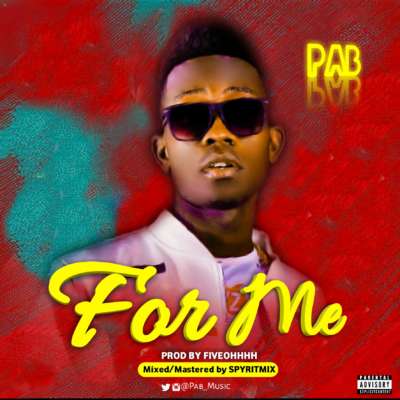 Paul Bernard (PAB), a fast coming threat on the Blocks of the music industry Kicks off the year with this extremely dope joint for Valentine he titles “For Me“.

PAB is well known for his lyrical prowess and versatility with matured content. He has received recommendations from several industry heavyweights and he’s without doubt, one of the next newbies to do it big in 2018.
‘FOR ME‘ was produced by FIVEOH, and Mixed and Mastered by Spyritmyx.
IG: Pab_Music.

The post Pab – For Me appeared first on tooXclusive.