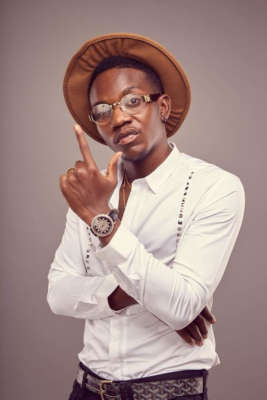 It has to be said that 2017 was an incredible year for up-and-coming musical talents in Africa. Entering 2018, music lover and music bloggers will be passionate about voices that will churn out hit songs.

In the pipeline of HHG Records is the promising music act – PVD who is armed with songs and sounds that draws attention anytime is played.

PVD’s up and coming single titled ‘Fa Ma Me (Give It To Me)’ is an enjoyable track, the music is dynamite. Watching the Warri, Delta Nigerian born artiste perform soon will be a complete different explosion.

When PVD’s single and video drops next week, it will show you a young man of talent and skill, but on stage and in the flesh, you will see a man ready for stardom.

HHG Records didn’t just sign a microphone monster, but a star in the making.

His voice is real and beautiful, and his songwriting will be breaking hearts well into 2018.

Just sit back and relax and wait for the Killbeatz produced banger and Vertex directed music video in a week.

While we await that, here’s Pablo’s previously released hit “Tender” for your listening.