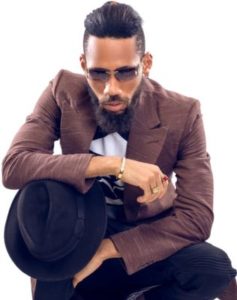 Phyno’s bank account has increased by some extra 00s after the musician signed a deal to become the brand ambassador for Life Lager Nigeria.

The said company is a subsidiary of Nigerian Breweries Plc that deals in the production of fine quality lager beer made from the choicest grains, hops and the purest of waters.

The Onyema crooner recently announced the deal via a post on Instagram. The post contained pictures that captured moments from the deal-signing exercise. From the caption used in the post, it is quite obvious that Phyno is excited about the new deal. His caption read,

“I am very happy and excited to be a @lifelager_ng ambassador ?.. Live LIFE. More LIFE ?#phynoislife?”

I am very happy and excited to be a @lifelager_ng ambassador ?.. Live LIFE. More LIFE ?#phynoislife?