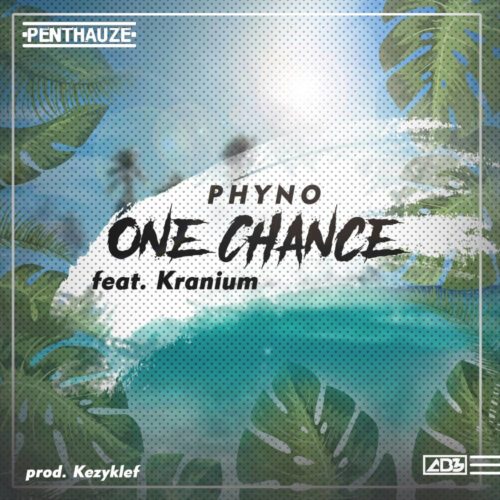 It is more likely that a new fuse blows up than for Phyno’s most recent single titled ‘One Chance’, to blow up.

On the recently released record, the rapper seems to have watered down his lyrical genius as he shabbily packages this below par song for his teeming fans. What seems to be the worst of it is the fact that this would be listed as an international collaboration in the singer rapper’s discography in which he features Jamaican dance hall/reggae singer, Kranium.

Personally, I feel this is just a weak attempt at creating a hit. No doubt, the party hippy sound is currently the ish right now but as a creative, Phyno betrays the art by coming out with something so willy-nilly.

In the past, Phyno had demonstrated to us that one doesn’t need a dance track to get popular like he did in the collaborative effort with his cohort, Olamide, on Ghost Mode.

My question is, is this the same Phyno who once said,

“I tell them I don’t wanna be the best rapper
I’m just happy am recognized, I flow proper
Dad said be the best in what you do and
Since rapping is what I do, then fvck it I’m his best rapper”?

Where is the Phyno whose rap verses restored the faith of people, especially  easterners, in the relevance of Indigenous rap? The Phyno who went in bars after bars on songs and made classics out of them. Not this Fino who goes on saying,

Well, I guess not only Phyno is to be blamed, the rap culture in Nigeria is currently facing a serious decline because everybody just wants to wiggle their waist. Yes, you and I.

Personally, I feel we have gotten to a level where all genres of music should be appreciated and applauded not only the quick dance songs which have no shelf life.

Going back to the song, a lot of work should have been done not just giving us the regular pangolo music and hide it under the hype of having Kranium featured on it.

Hopefully, in the future, Phyno might just get his groove back by being that rapper who, in his words, got steady air-plays without a dance track.

The post Phyno’s “ONE CHANCE” – An International Collaboration That Shouldn’t Have Happened appeared first on TooXclusive.