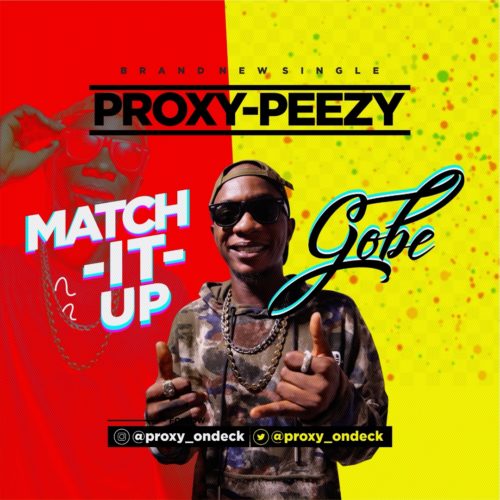 After dropping his first single ‘Pull-Up’ featuring a fast rising artist SPECDO he then went on a break; now he is back with two club bangers “GOBE” and “MATCH IT UP” which was produced by another underground producer, YUNGBEATZ .

“GOBE” is an Afro-pop genre which is certain to get you on your feet doing the trending Shaku Shaku dance and he also went ahead to rhyme with the popular Yoruba artist promoters BILLY-QUE (Que-B Ent) and KOGBAGIDI (Eje Kogbagidi Noni) while “MATCH IT UP” is a reggae hip-hop song that takes it to the street.

The post Proxy-Peezy – “Match It Up” | “Gobe” appeared first on TooXclusive.