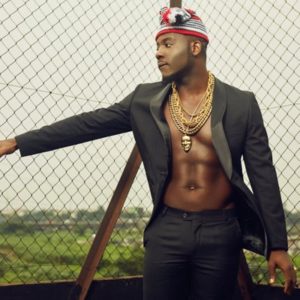 A new Chevrolet Camaro has been added to the garage of rapper, Zoro Swagbag. The new acquisition is coming in only four months after the rapper acquired a Mercedes G-Wagon.

Indigenous rapper, Zoro has been spending a lot to give his garage an improved appearance with the recent acquisition of two luxury vehicles.

Some months ago, the rapper announced the acquisition of a Mercedes G-Wagon and the news caused his fans to shower him with congratulatory messages across social media platforms.

Some hours ago, he broke the news of a new vehicle acquisition as he shared a picture of himself posing with a new black Chevrolet Camaro on his Instagram page. His post carried the caption,

“Another One fi the garage, still God ?? #motivationforthestreet#mbada“

Another One fi the garage, still God ?? #motivationforthestreet #mbada