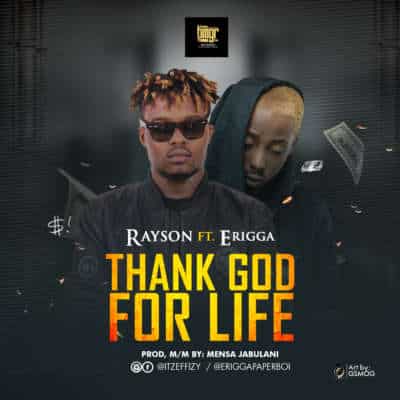 Just a very good way to start up the year! Fast raising sensational Afropop and Rnb singer ”Rayson” bounce back with yet another hit tune tittled ”Thank God For Life” for his fans nationwide, based on popular demands, which he team-up with Erigga.

“Thank God For Life” is the first official single by Rayson this 2018, as he enlist the south side rap king on the new tune.