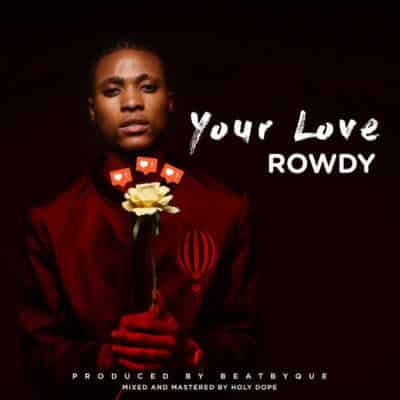 ROWDY real names (Ayodimeji Baruwa) was born in July 1996, in Lagos Nigeria, His passion for music became evident in 2014 after his return from representing the Nigeria Lawn tennis team from 2008 – 2014, he appeared on few Nigerian family movies ( Family Ties, Shadows and Nowhere To Be Found by Ak Media, Binta and Friends by Wale Adenuga and Industreet by Funke Akindele) he became a Solo artist in 2017.
Rowdy starts out 2018 with a brand new single titled “YOUR LOVE” prod. By Que Beat, mixed and mastered by Holydope.

The post Rowdy – Your Love appeared first on tooXclusive.