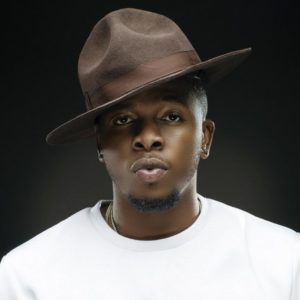 Over the legal battle between Runtown and his label, Eric Many Records, an up and coming artiste named Bidii, made an explosive social media post.

It was earlier reported that Runtown has been dragged to the court by his label over breach of contract agreement. The singer and his brother have separately made posts on social media to expose the owner of Eric Many Records, Mr. Okwudili, as the villain.

However, Bidii, who seems to have privy information about the goings-on between Runtown and his label, has come out to point fingers at the singer and his brother. Bidii made an explosive post on social media, accusing Runtown of being guilty of the accusations leveled against him and being ungrateful to the owner of Eric Many Reocrds, while he simply dismissed the singer’s brother as a hedonist.

In the post, Bidii claimed to speak on behalf of aspiring music acts who now struggle to secure funding and support because artistes like Runtown have given record labels reason not to trust potential signees. 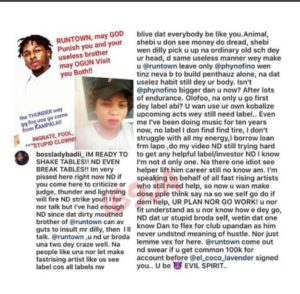