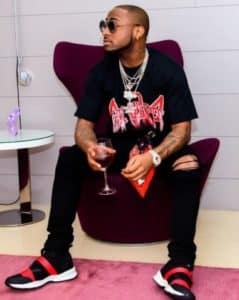 Just yesterday Davido signed Idowest to his record label, DMW, and he is already thinking of signing a female artiste.

Hopefully, Davido would find a first lady for his label and by using the existing structure at the label, his future signee can build a successful career and join the likes of Tiwa and Simi in the class of female music stars.

DMW records once had an affiliate female singer named Lola Rae which Davido announced on Twitter around 2016 as a new act under the label. He has however come out to state in a recent interview that she was never officially signed but she was affiliated to the label.

The post See What Davido Said About Signing A Female Artiste appeared first on TooXclusive.