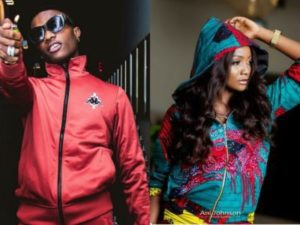 Wizkid has reaffirmed his endorsement for the talent of Simi. He did this via a Twitter post that has since evoked reactions from Nigerian tweeps.

Sometime in 2017, the Star boy  raved about the X3M music singer on social media, acknowledging her brilliance as a song composer which he admitted was evident on her sophomore album titled ‘Simisola’. This act by Wizkid sparked rumors about a possible collaboration between the two singers.

Very recently, Wizkid tweeted about her, reiterating his interest in her music when he said “I fuxx with Simi heavy”, thereby hinting that he is a fan of her music and he could invite her for a collaboration soon.

The post See What Wizkid Said About Simi appeared first on tooXclusive.