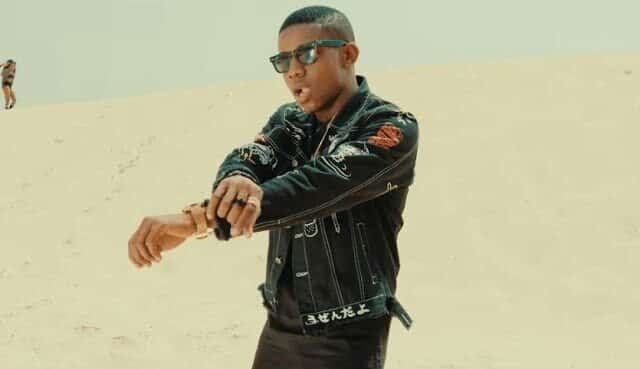 Speaking to the host, Ebuka Obi-Uchendu, on the programme that has casted some of our favourite entertainers, Small Doctor talked extensively about his standard of life before attaining fame. According to the Penalty crooner, music had always been a lifelong dream and he did whatever he could to support his aspiration. Part of which included having to be a Lagos bus conductor and an Okada rider for as much as 10 years!

Diving into details proper, Small Doctor opened up on how he plied a very familiar Lagos route that ran through Agege-Ikeja-Maryland-Yaba for over four years. After which he moved on to the Oshodi-Mushin axis.

Small Doctor started to scratch the surface of stardom when his music hit single, Mosquito Killer, shook industry quarters and corners of the streets back in 2015. Just recently, The Headies Awards platform validated his long-standing efforts at their 2018 show-run by awarding him the best in the Street-Hop music category for his song, Penalty, beating close contenders like Olamide, Mr Real and Idowest to emerge tops. This feat achieved goes further to emphasize and corroborate his popular slogan “iyanu ma shele soonest!”

Don’t Ever FAIL TO PLAN?? You Are A WINNER?…. iyanu MASHELE SOONEST??? @ebuka

The post Shocking! Small Doctor Talks About Being A Bus Conductor & Okada Rider In Lagos || WATCH appeared first on TooXclusive.