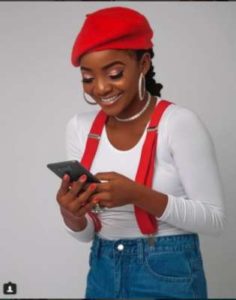 X3M Music songstress, Simi, has just landed a deal with international brand, Opera Mini, reports claims. It is said that she would be the brand ambassador for Opera Mini in Nigeria. Her role as a brand ambassador for Opera will involve spreading the word on the different Opera products such as Opera News, the new news app from Opera which offers tailor made content for readers of local and international news.

The singer made her excitement about the deal obvious in her statement. She stated that her 2017 was great and that she would be starting the new year with a good deal that will not only be beneficial to her music and her brand only, but to the organization she is dealing with.

“I’m delighted to be working with such an exciting brand as Opera, helping them introduce Opera News to Nigeria and reminding everyone how awesome Opera Mini is”, I had a great year in 2017 personally and to start this new one with this collaboration is so exciting. I’m doing lots of projects with Opera over the coming months, so watch this space.”

With the deal, Simi will now join other Nigerian celebrities like Chelsea FC star, Victor Moses, as brand ambassador for Opera.  The soccer star signed a deal with the brand in the year 2017 in a mouth watering deal that was worth about $100,000.

According to reports from management of the popular browser, “Nigeria is home to the second largest population of Opera Mini users. Search, social networking and sport are the most popular content consumed by Opera Mini users in this country.

One fourth of them check out live scores and sports news when browsing. This number is relatively higher than the ones in other African countries.

Simi’s 2017 album ‘Simisola’ as considered by many as one of the best albums for the year. She rounded off the year with awards and he was just the chief bride’s maid at her mum’s wedding last weekend.