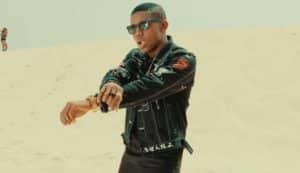 Small Doctor became a mainstream hit following the commercial success of his 2016 single titled Penalty. Following the release of the song and its viral spread, the singer climbed into the upper echelon of the industry where he enjoys industry perks that are rare for artists making his style of music.

Small Doctor’s prominence and the success of his song Penalty was confirmed at the 2018 Headies Awards ceremony where he was named Best Street-Hop Artiste of the Year. The endorsement deal with Western Lotto signifies more success for the singer and he was excited to share the news on his Instagram page.