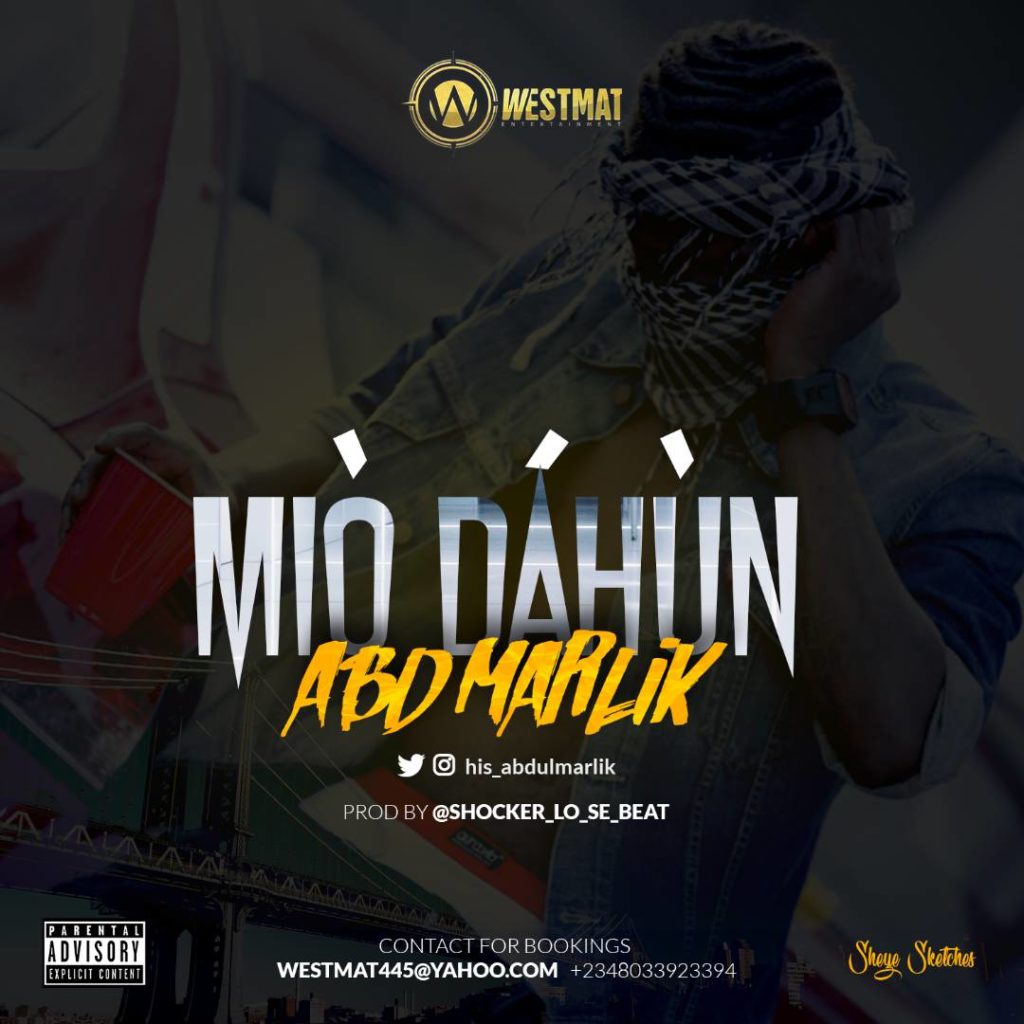 ABD marlik was born Abdulmalik Marzuq into a noble family of 6 in the north central of kwara state,  he began his journey in 2007 has proven to be an outstanding musician. NDC unleased his first Official video “Werepe” in January 2018.
@his_abdulmarlik new hits tilled “Mío Dàùn” was prod by @shocker_lo_se_beats under {Westmat Ent} Abd restlessly switch his flow in different languages with out forgetting to decorated his lines with loads of wordplays, punchlines, metaphor, rhymes, rhythm, street Lamba’s, & more.