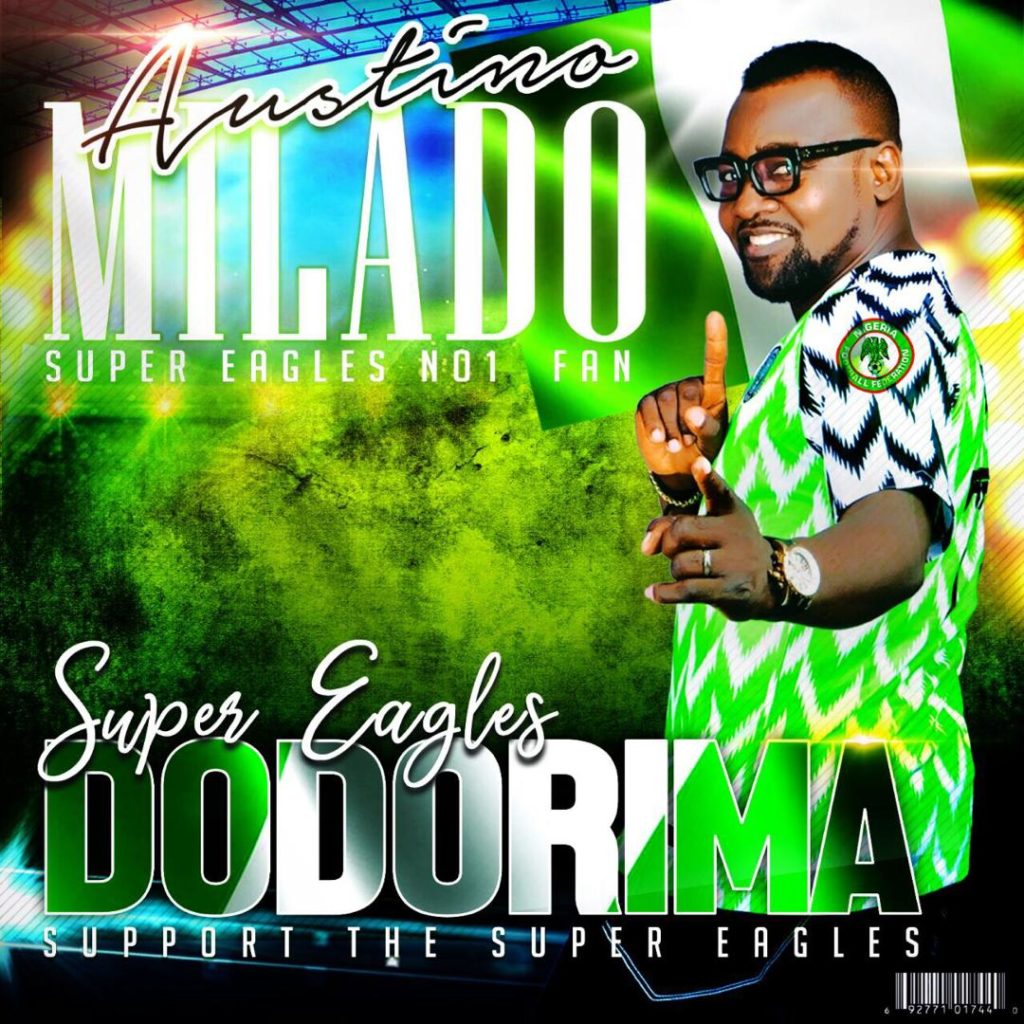 Since his first gyration song Super Eagles Carry Go in support of Nigeria’s national soccer team; the Super Eagles, was released and was accepted by soccer fans and players themselves, singer song writer Austino Milado has not looked back or wavered in his support for the team.
He went on to release a series of other songs/medleys including Nigeria Carry Go, Na We Be De Champions and Super Eagles Flying High in that order.

With Russia 2018 World Cup Soccer Tournament coming and the Super Eagles tipped to go far, Austino Milado, arguably the Super Eagles number 1 fan, is fresh from the studio with a new delivery; Super Eagles DODORIMA, which he describes as a fusion of TRAP beat and GYRATION to propel the Eagles to greater heights during the tournament.