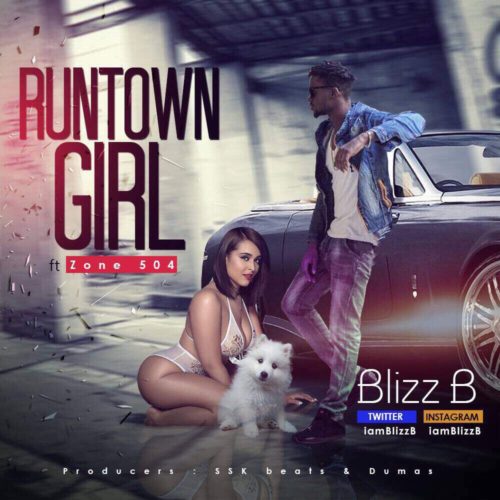 Fastest Rising Act ‘ Blizz B ‘ who has been absent for a while now in the Music scene is back with a new single just recently after graduating from ‘ Lead City University ‘. He calls this one ‘ RunTown Girl ‘ where he features a U.K signed artist Zone504 on this track.

The visuals is already in progress and would also be released shortly. The instrumental which is an online instrumental made by SSK and The song was mixed and mastered by Dumas Sounds.