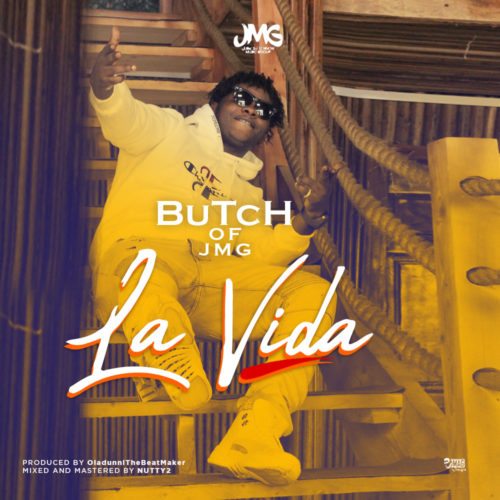 Butch of Jmg who is one of Nigeria’s number one sneakerhead and currently on his first media tour in the country hints on dropping an EP soon with his group.
Coming strong of his first official single and video Ocho (Chocolate) Butch of Jmg hooked up with OladunniTheBeatMaker to give us another masterpiece titled La Vida, the song was mixed and mastered by Nutty2.