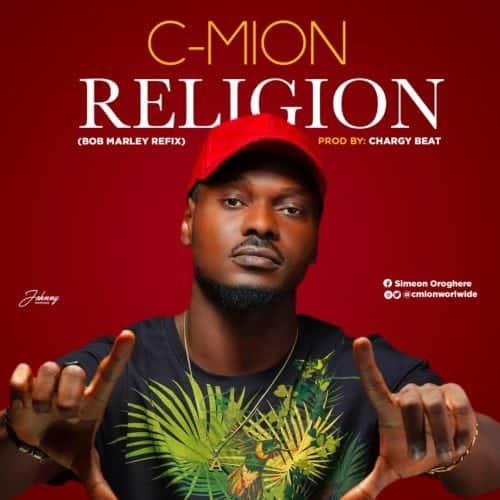 C-Mion is out with another smash hit,the outstanding artiste whose effort has been recognized as he was nominated for the Next rated category at the Headies awards in 2006 and 2007. He had his voice behind the smash hits BARAJE by Ruggedman, NO BE GOD by Gino, DANCEHALL by Spydaman, NANANA by Bb and a host of many  others.
After his long break from the music scene he returned in the classic piece TOMORROW (A tribute to OJB Jezreel (R.I.P)) in 2016.
He has worked and collaborated with the likes of artistes such as Dj Jimmy Jatt, Illbliss, Dr Sid, Jaywon, Waje, Sossick, N6, Blaq Jerzee, Sean tizzle, Abounce, K show, Six O,  Ruggedman, Gino, Ruffman(street monk), Don Adah, Spydaman, Sandaz black, Muna, Maytronomy, Bimbi philips, T kross, steeve bars, ugly and many others.
Far from a rookie, This year the veteran makes his come back with this hot new blazing single RELIGION (Bob marley refix) produced by Chargy beata.k.a Sandaz black.
Mad chune and guaranteed to be a playlist favorite.
Enjoy!