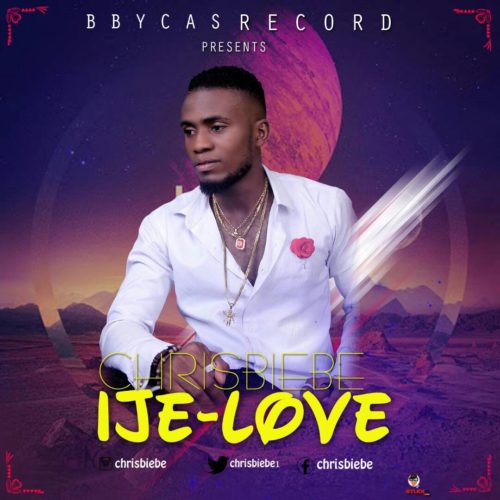 Christopher Valentine Chizoba (born 14 February 1993), better known by his stage name Chris Biebe is a Nigerian Afro-pop recording artist. He started his music career as a dancer he partnered with Niga x in 2008 to form a record label called Drivi  Boys.
In  2009 he moved to Mr Neph Music Group which he later released his first single titled Shakinu, produced by Jaystunt. He has featured acts like U Jay, Niga X just to mention a few.
Enjoy his latest effort below titled “Ije Love”