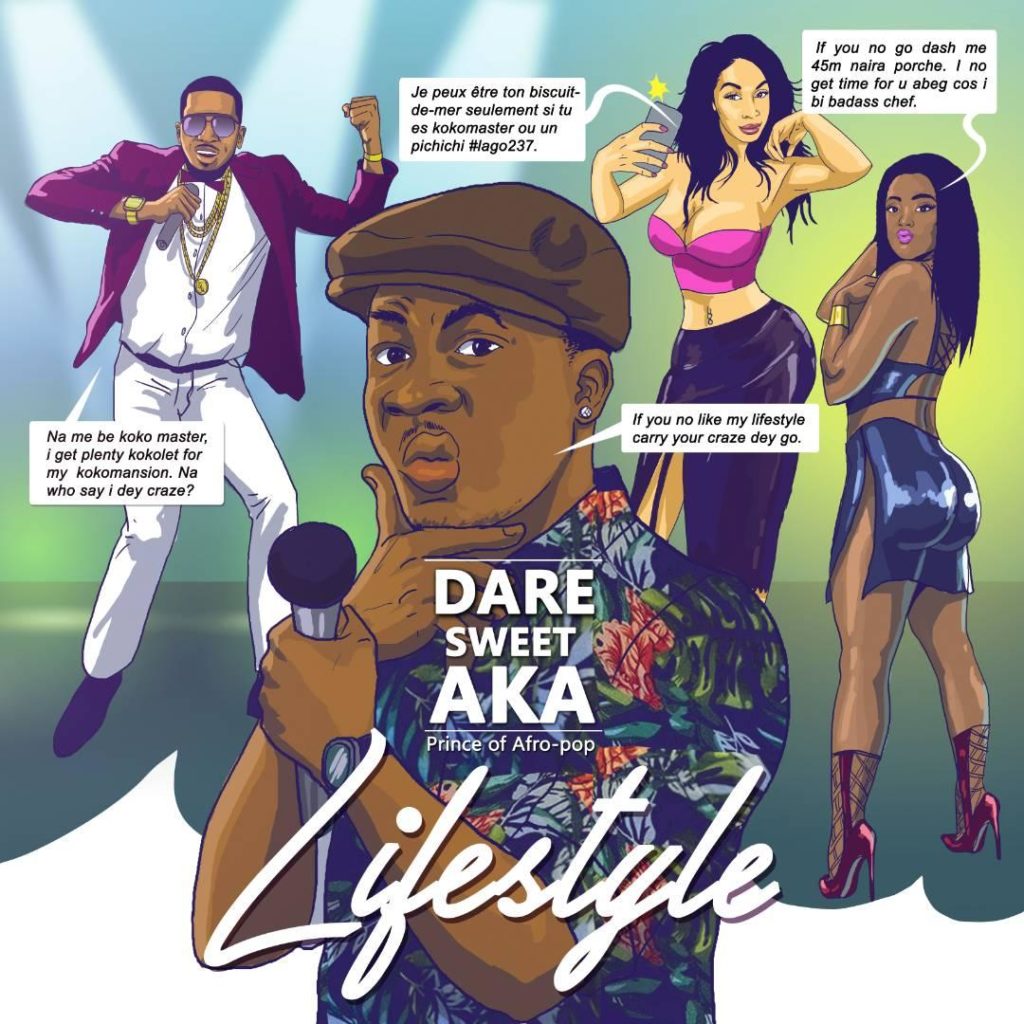 Exclusive Gossip: Diss song “Lifestyle” by Nigerian-Swedish “Prince of Afro-pop” Dare Sweet. Chioma, Davido and D’banj shouldn’t listen to this song cos it’s a banger on them.

The Nigerian/Swedish Afro-pop Star Dare Sweet has just released a new track that is looking so much as a diss track directed to Nigeria’ Kokomaster Dbanj and it also seems that the Prince of Sweden’ Afro-pop is having a go at Davido’ boo Chioma, allegedly referring to her as a “gold digger” who just date big players of the industry for their fame, money and flashy Koko-mansions.
Listen to the song and have a look at the lyric bellow.  Please let us know if you think Dare Sweet was referring to D’banj , Chioma and Davido on his new track “Lifestyle”.
DOWNLOAD MP3