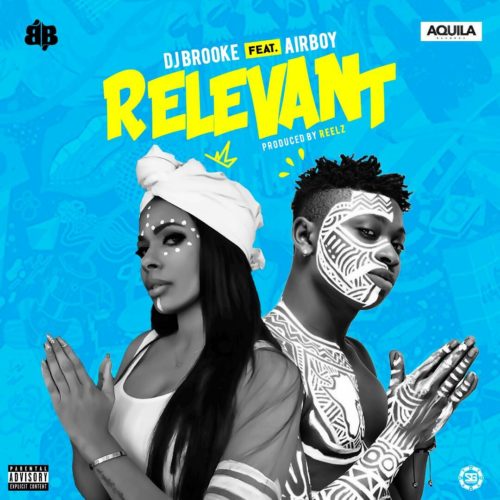 Maymuna Suleyman professionally referred to by her stage name Deejay Brooke Bailey dishes out a new record entitled ” Relevant ” featuring Aquila Records’ golden boy Airboy produced by the ultimate hitmaker himself Mallow Reelz
Dj Brooke Bailey aka the Queen of Afrobeats toured more then 20 countries in 2017 and was part of the Legendary Quilox World tour which took several countries such as the US, UK , South Africa and more
Relevant is projected to enjoy top position on charts and getting heavy rotation on radio stations and clubs. She promises to take us on an interesting journey in 2018. So Sit back and enjoy as Deejay Brooke Bailey kicks off our 2018.
Listen & Download.