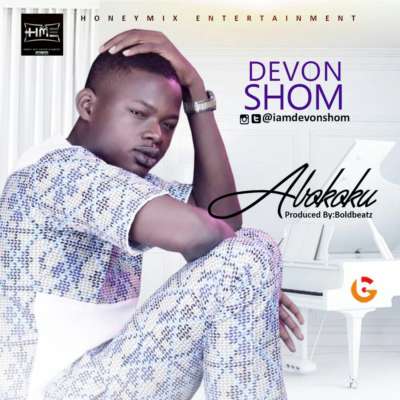 Afropop singer Devon shom a.k.a Omo Iya Nurse releases his first single of the year which is titled ‘Abokoku’. ‘Abokoku’ is a love song dominated by deep lyrical content and a melodious sound meant to keep the ears clamouring for more.

Devon shom sings about how his newly found queen has put him out of his misery from love search. In the song, he praises her for being such an extraordinaire of a woman.

Devon shom did justice to the track with his unique voice, the track was produced by BOLDBEATZ and has a danceable tune. Abokoku is a love song that resonates with truely found soulmates. It’s a season of love, let’s enjoy every moment with this vibe of a lifetime. Download, enjoy and share!!!