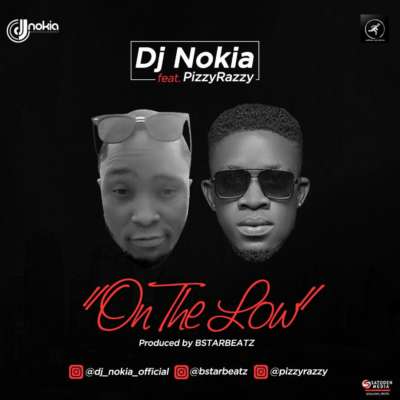 3ad Lounge disk jockey, DJ Nokia teams up with SMC pop star PizzyRazzy to give us a hot new banger titled “On The Low”.

The DJ who is the official DJ of 3ad Lounge, Ogun State enlisted the production services of hit producer BstarBeatz to create a mid-tempo afro-pop banger which will arrive with a music video which will be directed by Sharpner Miles.