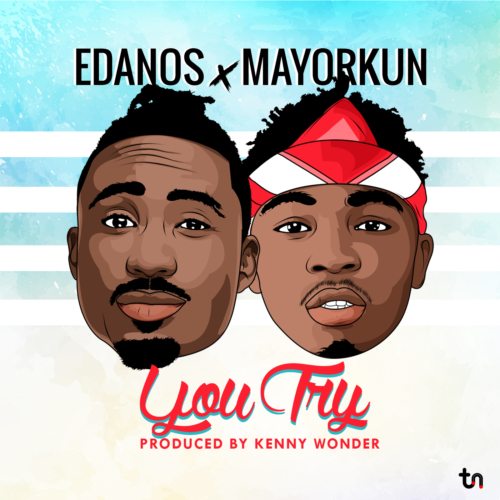 Nigeria’s most consistent dancehall star, Edanos is back with yet another jam. This time, he teams up with DMW act, Mayorkun on the song titled ‘YOU TRY’.

The award-winning singer who has been consistent with his sound and hit songs in the last 18-months delivers a smash hit with this tune produced by Kenny Wonder.

Signed on to Royal Green Cash Entertainment, Edanos has banging songs like Hustle, ‘Up & Down featuring Cynthia Morgan and Whine For Me Remix featuring Timaya and Dj Triplet under his belt.