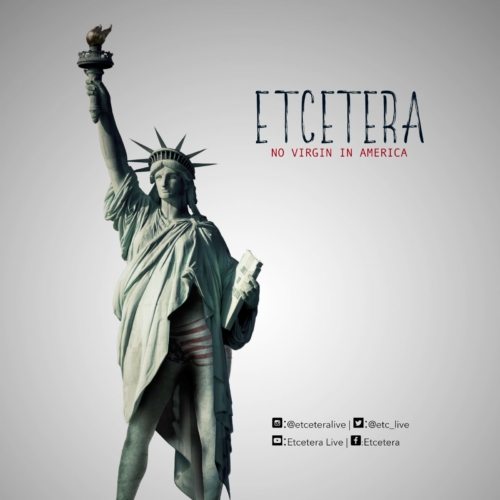 Etcetera, Nigerian-born singer, songwriter, and social activist whose passion for the common man shines through his lush melodies and haunting images, took his passion for social justice from Nigeria to America in his trademark rich song lyrics.

In his new single just released in the United States, he backs his honeyed voice with multilayered harmonies of piano, guitar and horn section. You might be lifted or disturbed- but you won’t be left unmoved.

According to the singer who is also known as Paschal Uche Ejikeme, the song talks about the gargantuan level of hypocrisy in the American system..

How the American currency with “In God we Trust” written boldly is being used to spread chaos in different parts of the world.

A country which boast of a beautiful statue of liberty deprives a section of its citizenry the liberty to vote..

Etcetera won the Headies for Recording of the year category in 2009.

Etcetera – No Virgin In America

The post [Song] Etcetera – “No Virgin In America” appeared first on TooXclusive.