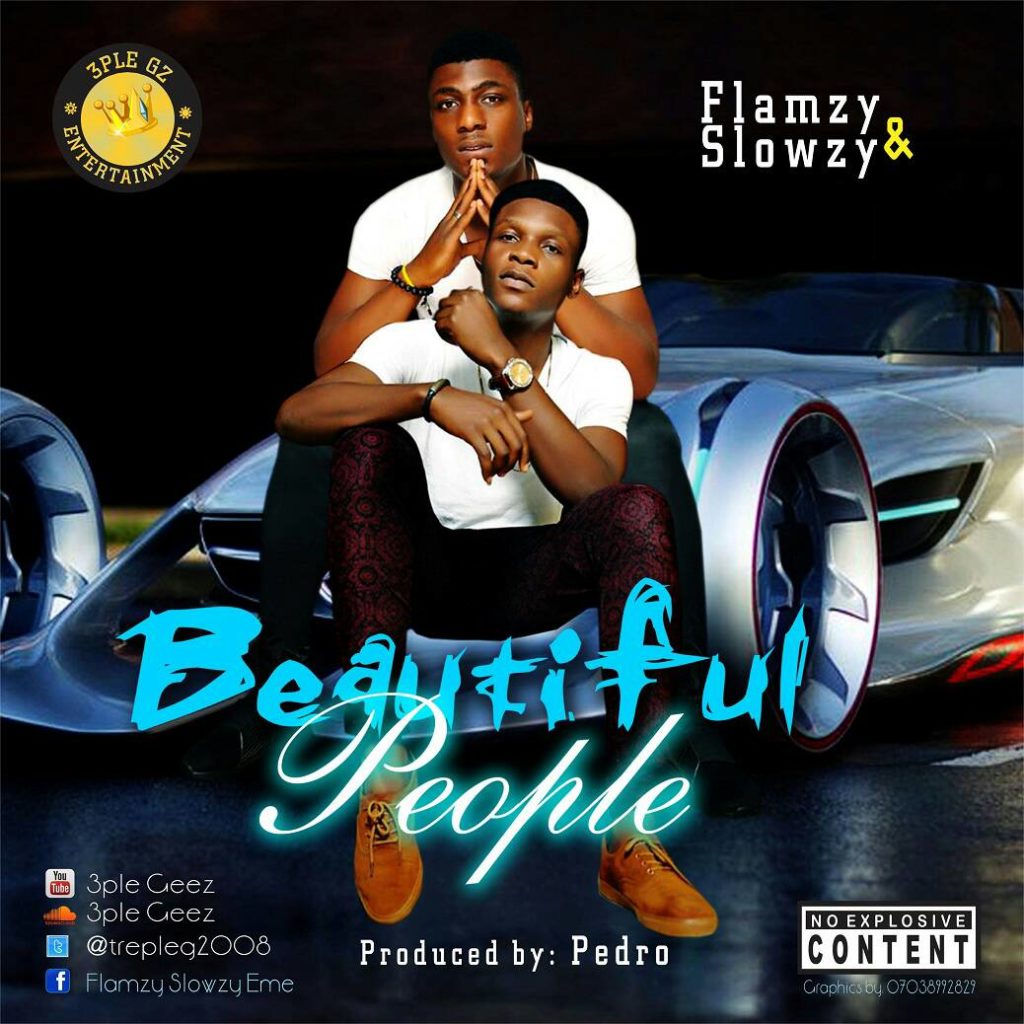 3ple geez Ent presents, ‘Beautiful people’ by Flamzy & Slowzy, produced by Pedro, following the release of their previous hit single ‘Pokenose’ produced by Eskay.
The brothers tell us this time to stand up, wise up and to never give up irrespective of who you are.
Enjoy!