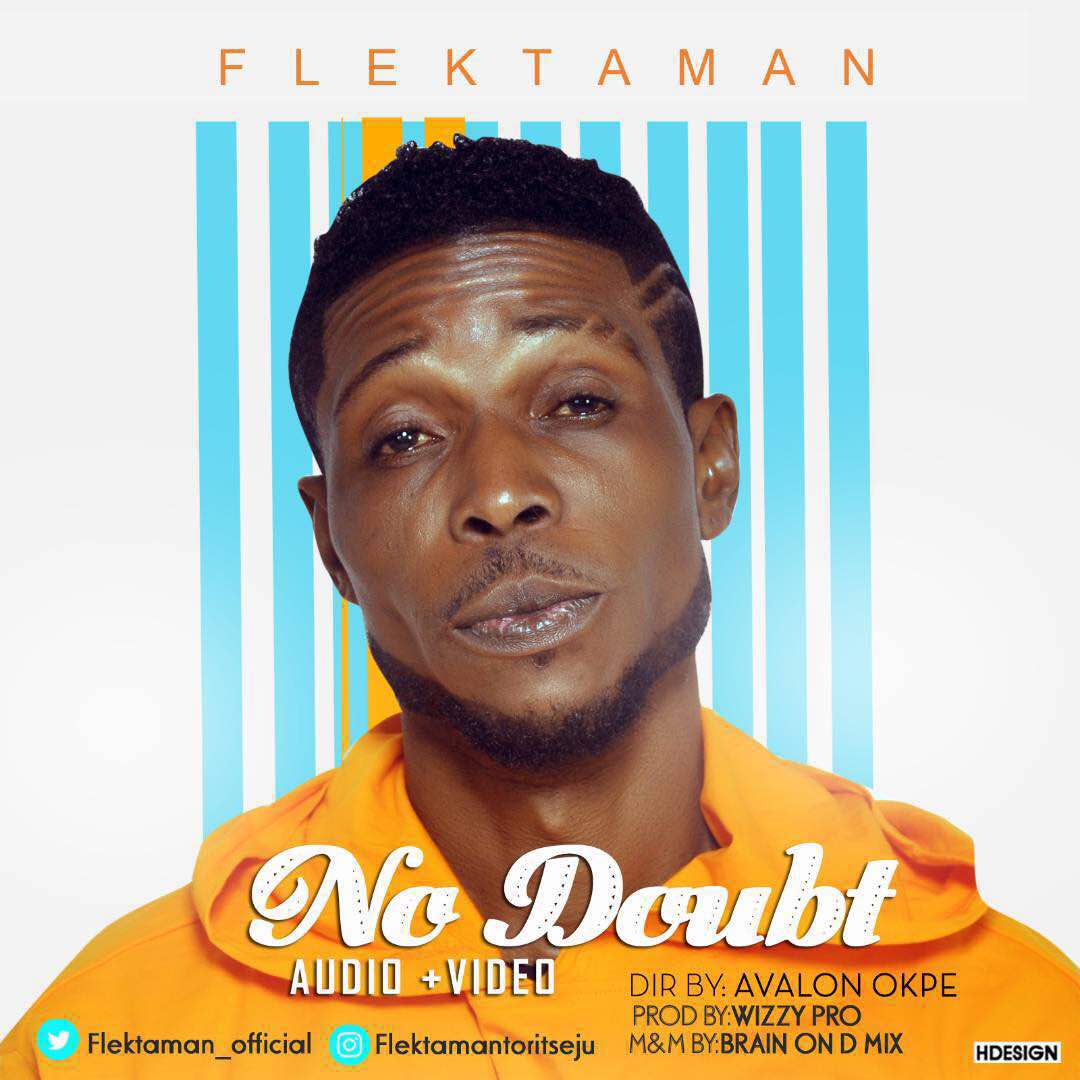 With over a decade of consistent hit making status in the industry, one Ajegunle’s biggest music export “Etikerentse Samuel Toritseju” popularly known as ”Flektaman” resurfaces with yet another banging single titled “No Doubt”
The lagendary Flektaman over the years have proven himself by dropping back-back hit single’s like “E Don Red”.  “No Think Am”  “Codeine” Ft Oritsefemi “Dada Wan Burst” to mention but a few.

The wicked combo of Award winning producer WizzyPro and Flektaman on “No Doubt” is something to blow your mind,

Song M/M by ”BrainONTheMix” and as well as a crispy video to complement it” shot by ace film maker Avalon Opke. Check it out  and share your thoughts!!

The post [Song] Flektaman – “No Doubt” appeared first on tooXclusive.