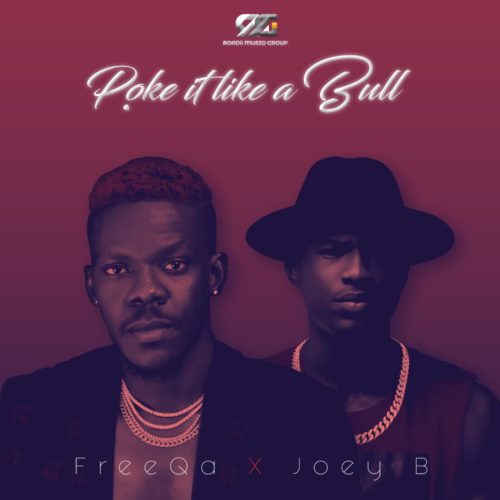 Edosa Ogbeide popularly known as FreeQa, who recently released a single titled Samkpele which featured Ghanaian International and award winning rapper Sarkodie. The song gained a lot of positive responses from fans, friends and lovers of good musical content across the country and beyond.
FreeQa, who is currently signed to an International record label “Roadii Musik Group” with offices in Ghana, Nigeria and the United States is set to make a mark in the African music industry and beyond.
The American based Nigerian Song writer, Producer and Artiste “FreeQa” recently made a statement, in his words; “after the success achieved with the release of my first official single, which featured Ghanaian rapper Sarkodie, I am currently looking forward and hoping to work with Nigeria superstars like Tiwa Savage, Olamide, Wizkid, Davido and many more”.
Here is his latest single “FreeQa ft Joey B – Poke it like a Bull” and was produced by FreeQa.
Enjoy!
DOWNLOAD MP3