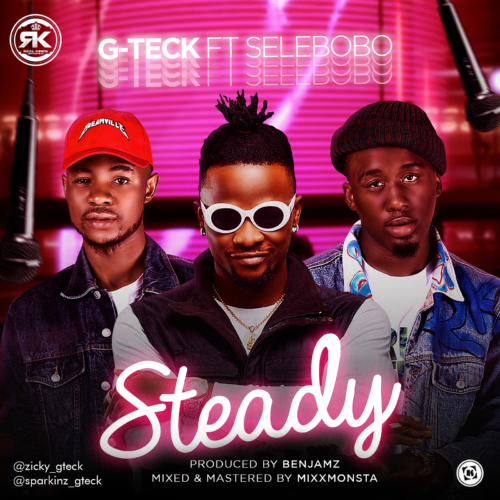 Real Kings Entertainment’s front liners, the Dynamic duo Zicky and Sparkinz popularly known by the name “G-teck” links up with Made Men Music’s act “Selebobo” to dish out this afro beats tune titled “Steady“.
“Steady” by G-teck is their first official single for the year. The song was Produced by “Benjamz” Mixed and Mastered by “Mixx Monsta” Trust me they definitely did justice to the track.
Enjoy!