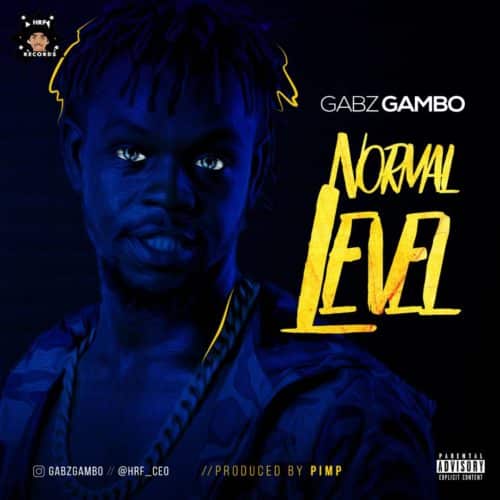 This one is for the Street  No Stopping!!
HRF Record Sensational act Gabz Gambo came through with this Raggae tune titled “Normal Level” and he employed the services of Pimp to deliver this monster jam off the Oven with his intruiging beat.
This was sequel to the release of his street raving jam tittle “Gbera Sodi” alongside label mate DI2.
Dope lyrics from the beginning to the end. It’s safe to say, this is one of the best Raggae anthem out there now. Enjoy!