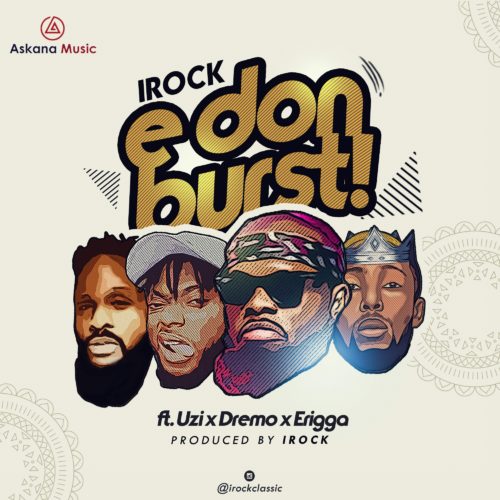 Nigerian hiphop star, iRock Classic, has released his new hit single titled; “E Don Burst,” featuring Dremo, Uzi and Erigga.
The avid hip hop artist under Askana Music act and record producer, promised that his latest release will not only entertain fans, but will also meet up with fans expectations of what to see in a perfect collaboration.
According to iRock Classic, his massive collaboration with Dremo, Uzi & Erigga titled; “E Don Burst,” fits the perfect time of its release. “This the best time to burst the street,” he said.
The song produced by iRock Classic himself, is set to top music charts across Africa, as it is filled with interesting content that’s suitable for individual consumption.
Cop below and share your thoughts. Stay tuned for more good music from iRock Classic.