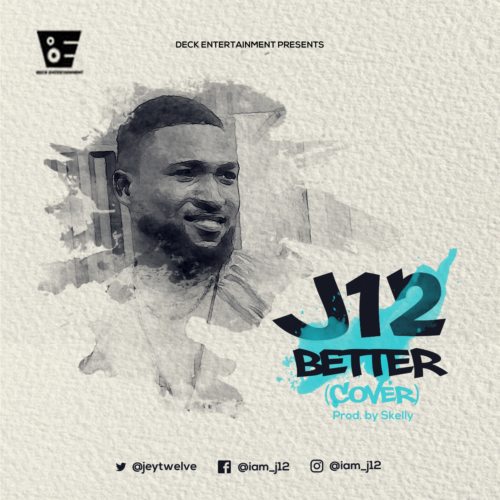 J12 debuts his first music offering in 2018 with a creative cover of BETTER originally written and performed by the ever astounding Squeeze Tarela.

J12 is a Nigerian born singer-songwriter, recording & performing artist and instrumentalist. The multi-talented singer who calls his style of music Afro-pop has been on different music talent shows where he has been able to perfect his chosen genre of music.

J12’s cover of BETTER is rendered in a sweet mix of yoruba and pidgin. This seals J12’s position as a creative artist in the Nigerian music industry. His vocal prowess and uniqueness is unmatched. This masterpiece is produced by Skelly and powered by Deck Entertainment.

J12 is unsigned at the moment and up for grabs by any record label/management who knows the definition of good music.