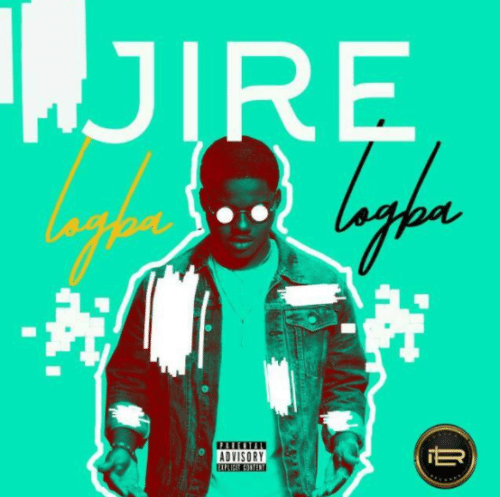 Talented Nigerian singer, Jire is back with his second single for the year, titled ‘Logba Logba’, a song that again showcases Jire’s talent and further attests all the positive remarks he’s been receiving since he made his debut in the Nigerian Music Industry in 2016, to be correct.

‘Logba Logba’ is Jire’s follow up single to his smashing track ‘Baby My Lover’, which made music executives in the industry dub him as a talent to watch out for this year. Jire’s growth in the industry results from his amazing talent and hard work that’s manifesting at his young age, being one of the youngest talents in the industry right now, Jire on ‘Logba Logba’ meets up with high anticipations music critics have of him.

As an experienced singer, Jire’s style is a blend of older generation and contemporary way of singing, one would wonder how he’s been able to master the art of merging different generations to make his matchless style, despite being born in recent peer – well this speaks his intelligence, interest, conscientious and diligence.

Jire, a student of music and creative arts of Babcock versity is currently signed on to Logica Records and also has a deal with Caspertainment, the same management firm with Korede Bello. No doubt, Jire’s level of consistency, talent and an amazing team, he is definitely poised to congeal his stands in the industry.

‘Logba Logba’ was produced by Runtinz – the same creative head who doctored ‘Baby My Lover’, Kiss Daniel’s ‘4Dayz’ and other trending songs in Nigeria. Listen to Jire’s new offering and ENJOY!