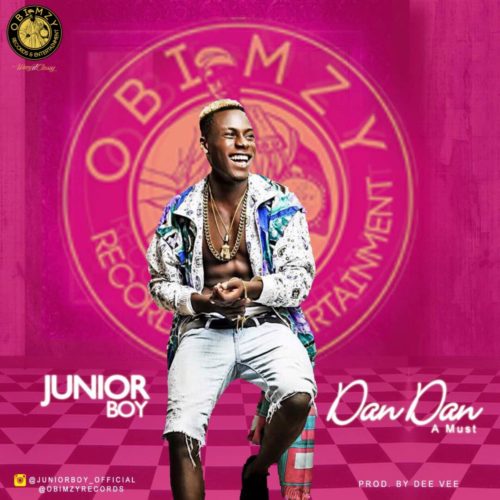 Fresh off his ‘Rookie of the Year’ category nomination at the just concluded 2018 Headies, Obimzy Records’ singer, Junior Boy returns to the business of dropping music bangers. He premieres his first music single for the year, with hopes to make it back on his chart domination quest for the year 2018.

Junior Boy storms the airwaves with his first single titled “Dan Dan” – a message of prayer that can otherwise be interpreted to mean ‘a must’ from the song’s title. Dan Dan was produced by Kon Live’s eclectic producer, DeeVee, and the music instrumentation borrows from the concocts of modern Afrobeats, originally inspired by the rich and cultural musings of the late music legend, Fela Anikulapo-Kuti.