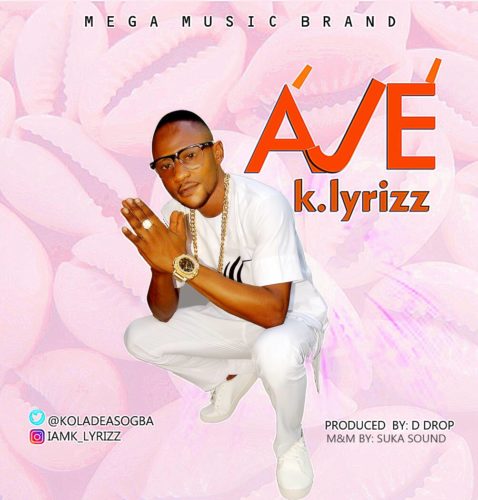 Kolade Asogba is a fast rising Artiste also an instrumentalist which  stage name is  K.lyrizz. He came up with a song titled AJE produce by d drop mix and mastered by Suka sound… His a native from ogun state, presently signed under MMB  (MEGA MUSIC BRAND)