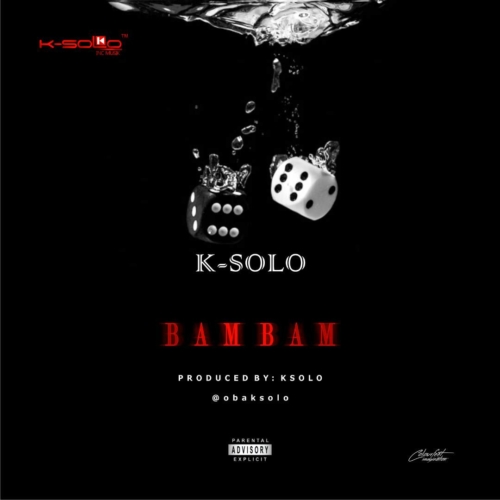 Renowned hit maker K-SOLO is rolling out BAM BAM as his first record this year and still dropping more for himself and other artist under his Clique.
Just Barely 5 months after dropping Wish Me with the Visual still Rolling on the AirWaves.
“BamBam” is a slang infused into this flexible sing along with some little Ghana Vibes. This Mid-tempo vibe is laced by K-Solo, with a smooth blend of Afro-pop and Rhythm and Blues which also has a major potential to reawaken a fresh wave of love & dance.
Get the banger below and share your thoughts.

DOWNLOAD MP3
Quotable Lyrics
My friend dey say make I marry on a Sunday
As I dey ball everyday, you go see sey no be today
Since na you, I better love
cos you got many choice