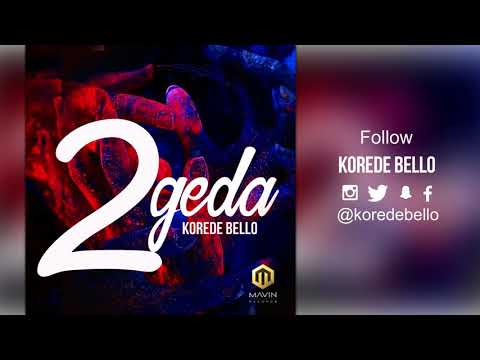 Mavin record singer, Korede Bello releases his third single of the year and this one is titled “2geda”. Korede seems to be taking no time off as the singer keeps dropping music back to back for his fans. After dropping ‘Work It” and “Sote” receptively, with the video of the former dropping last week.

On “2geda”, Korede calls for unity among various tribes in the country. Channeling his inner Fela on this Altims properly laced Afrobeat, Korede Bello brought his A game by slaying his lyric in pidgin English.

My people be sleep since its time to wake up o

my people be sitting  is time to rise up o

If you know, you know

If you hear you  hear