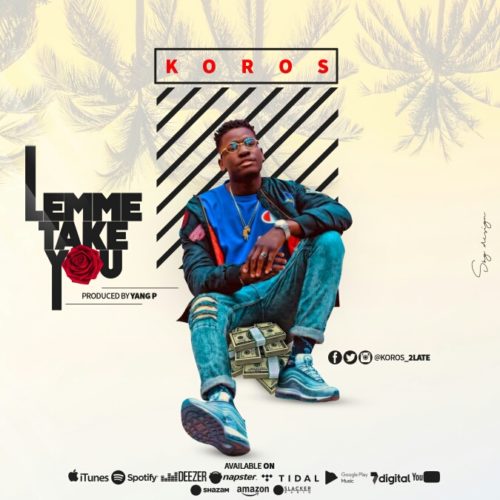 Kouassi Amance Viossi, known by his stage name “Koros”, is an up-and-coming Beninese artist based in the United States.
After completing his high school studies in Cotonou Benin, the young student embarked on a journey that would forever change the course of his life.  While in Philadelphia for his collegiate studies, the young impressionable talent started meeting like minded individuals with a passion for music as strong as his.  It was then that he decided to put pen to paper and start writing and dabbling in music.
Later, he moved to the city of Indianapolis where he eventually turned this fiery passion for music into a full blown career as he connected with local African artists, such as Keev and producers alike, to start producing singles such as “U the One” and a few others that were hits on the social media circuit.
His style can be described as Rap/RnB, intertwined within an Afrobeat sound.  One of the biggest Nigerian artists who he admits he draws inspiration from is Wizkid.
With his latest single “Lemme take you”, Koros is drawing on his softer side as he is courting a beautiful young lady he is in love with and wants to take her to his motherland Africa which he adores as well.
This song which is exclusively produced by ‘Yang P Beats’ would make any foreigner curious about Africa. Not only will this single be a hit on airwaves, it is sure to draw people to the dance floor wherever they are as the rhythms of the music will take you on a beautiful sounds journey.