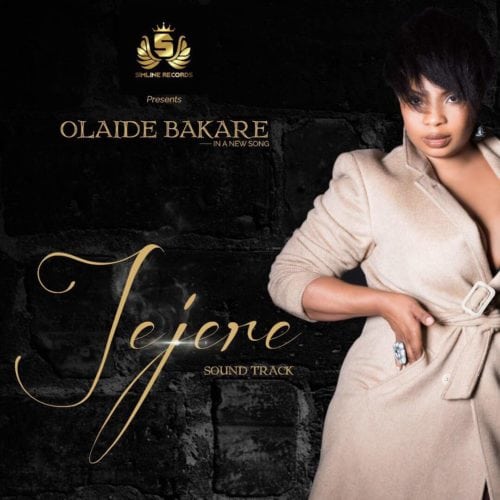 Nollywood diva, Laide Bakare, has returned fully into the Entertainment Industry. Remember for a while now, the Simline records boss has been off the scene owing to some projects she embarked on in the States. Right now, the diva is on the verge of releasing her long awaited movie titled JEJERE. Laide waited this long for the perfect time because of the message in the movie and now that her intended timing is here, it falls in line with the numerous awareness raised by many Women Empowerment Agencies for women and the girl child addressing the social ills against women. With this, Laide Bakare has hit the studio to release an OST (Original Soundtrack) to the movie and this song is also titled JEJERE.
With her full return to the industry, the actress has made it known that she is embarking on more projects away from movies that will ultimately employ and empower the Nigeria youths. The actress is partnering with some NGOs and State Governments to further project her foundation, The Laide Bakare Foundation and plans are on the way to screen the movie JEJERE in many Nigerian Higher Institutions, Secondary Schools and also the Local Governments where grassroot politics start.  While we await the release of the movie JEJERE, Laide wants her fans, music lovers and the society at large to enjoy her first official record marking her entry into music as an artiste and for them to learn one or two things from the truth about societal ills against women and the girl child. The movie stars Laide Bakare, Emeka Ike, 9ice, Akin Lewis, Fathia Balogun, Ireti Osayemi and many more.
Get audio below
DOWNLOAD MP3