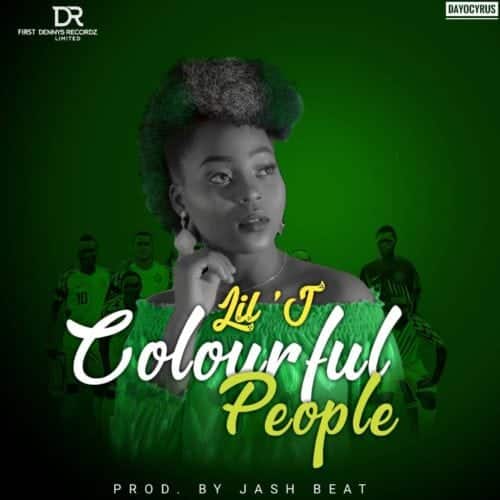 Growing up in a modest family at the southern area of delta state (Warri south) Okpokpatohor Efemena Joy aka Lil’J channeled her energy into meaningful things that inspired her to focus on improving her music talent. Emerging as the third runner’s up in the just concluded Dennys Talent Hunt in Benin City, got her a recording deal with Dennys recordz. Released an inspirational theme song for the Nigeria National team for Russia 2018 titled “COLORFUL PEOPLE“. The song, colorful people was produced by Jash beat.
The singer is sure that her songs will not only announce her presence but will greatly impact the Nigeria music industry in a positive way.
DOWNLOAD MP3