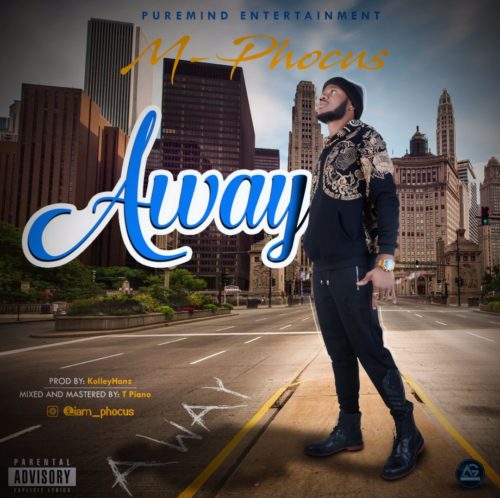 Ojo Oluwafemi Olumuyiwa a.k.a M-Phocus is a highlife artist and has been in the music scene for a half decade, he has tons of good songs to his credit… M-Phocus stages a comeback to the music industry and kicks off his 2018 with a love anthem titled “AWAY” produced by KolleyHanz, Mixed & Mastered by T Piano… AWAY is a very catchy and infectious love song laced on a banging afro dance beat, also has the professionalism of shegs_adeh a guitarist that infused his dexterity in playing the guitar to the song… AWAY is undoubtedly a jam. Download, listen and enjoy the rest of your day with it.